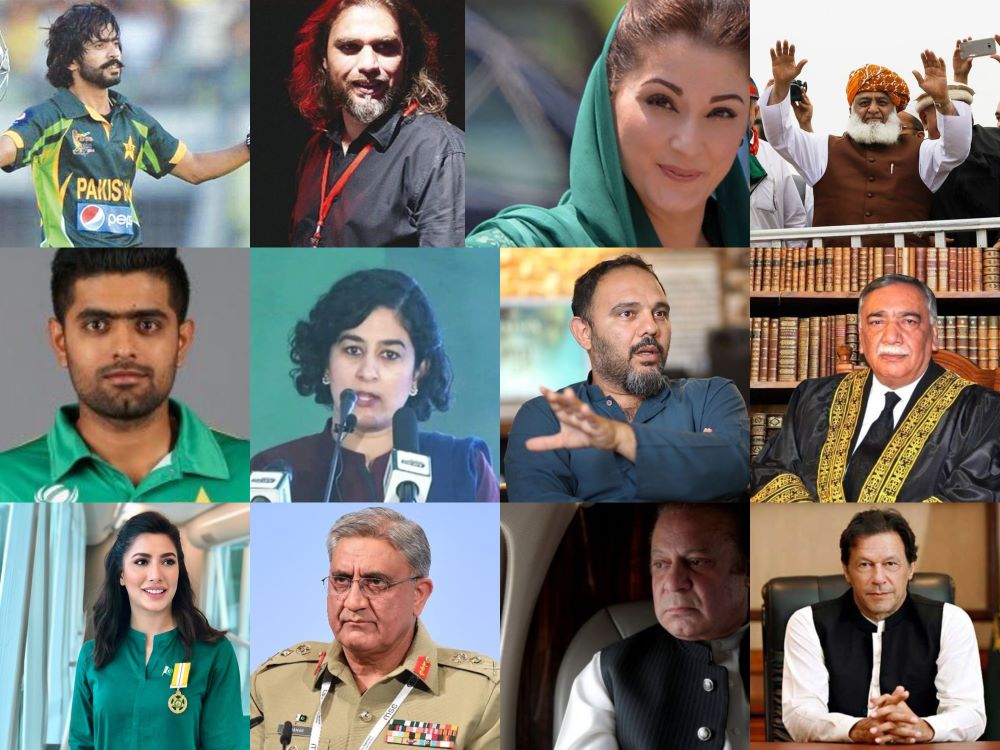 While we bid farewell to 2019 and welcome 2020, it is also time to celebrate the most influential Pakistani of the year.

This year was particularly happening and we genuinely had a difficult time shortlisting nominees for the contest.

Pakistani director, Jami came forward to defend the #MeToo movement and bravely shared his sexual assault story at the risk of reliving the horror that he went through 13 years ago.

From loud cheering for his powerful representation of Pakistan at the foreign front to scathing criticism of his economic policies, Prime Minister Imran Khan was a human headlines in 2019.

With Nawaz Sharif away from the public eye for most part of the year, Maryam Nawaz gained great clout as the next (expected) face of PML-N.

Fawad Alam finally made it to the national team sending Pakistan into a rare state of unanimous frenzy.

Mehwish Hayat won TAMGHA-E-IMTIAZ and yes it was in 2019. She also made international media appearances and led important social causes such as girls’ education from the front!

Rohail Hyatt made a come back in Coke Studio’s Season 12 after 5 years and did not disappoint Pakistan with his sound.

RESULTS OUT: Meet The Most Influential Pakistani Of 2019 Based On Your Votes!