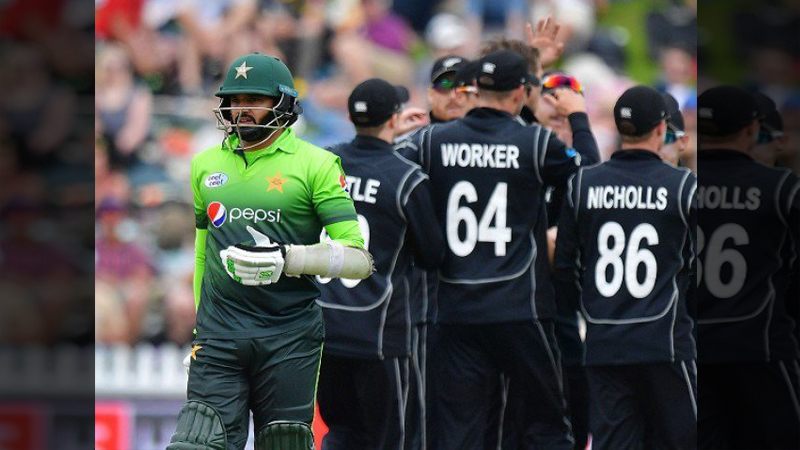 Pakistan Cricket Team in New Zealand is off to a worst possible start to the tour. They have lost the first two one day internationals (ODIs) of the five match series and too in an extremely embarrassing manner.

With critics beginning to wonder if the current lot of Pakistani cricketers are capable of doing well only in Asian conditions or similar and with the credibility at stake, here is a look at 3 things that Pakistan Cricket Team in New Zealand will have to do different to make a comeback and salvage pride.

With Mohammed Hafiz banned again and Imad Wasim yet to attain match fitness, Pakistan’s spin resources seem to have dried up. Still, the likes of Shoaib Malik and Azhar Ali despite having the potential of coming in handy during the middle of an innings have not been tried by the skipper this far.

It is high time that Sarfaraz shows some sort of confidence in his part timers and designates them the role of slowing things down in order to help redeem Pakistan Cricket Team in New Zealand. There is little point in not testing the Kiwis against part time spinners and in allowing things to remain monotonous.

Rumaan Raees has been off color so far and hence, there is a massive of possibility of Aamer Yamin playing the third game of the series. Pakistan must experiment with the young all-rounder in the hope of taking early wickets without which there is little or no hope for Pakistan Cricket Team in New Zealand.

Senior players such as Shoaib Malik, Azhar Ali, Mohammad Amir and Sarfaraz Ahmed are yet to play to their full potential during the series. Seniors in the side will have to take responsibility and deliver under pressure or else Pakistan Cricket Team in New Zealand will keep losing the series while trying to provide experience to some of the juniors members such as Harris Sohail, Amir Yameen   and Mohammad Nawaz.