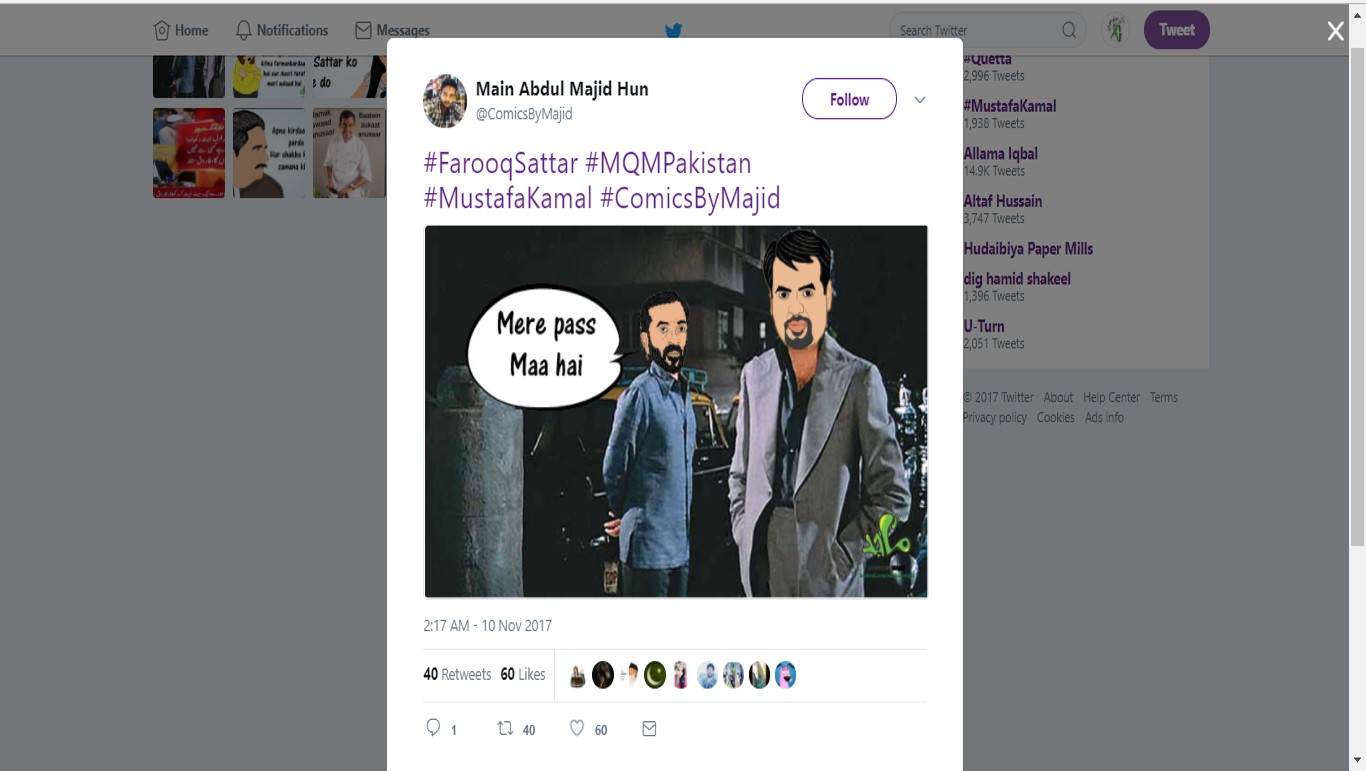 The merger of MQM-Pakistan and Pak Sarzameen Party (PSP) was a major political development this week in Pakistan. However, the merger lasted for 24 hours only and hence, people were able to see the funny side of things and decided to share their opinion on twitter.

Also Read: These Pakistanis Had A Rib-Tickling Reaction To Paradise Papers And We Can’t Stop Laughing!

Here is what they had to say following the merger.

Well, some believed it was all a drama!

Pakistan has an awesome drama industry, just have a look at the recent drama #FarooqSattar & Mustafa Kamal.
So much talent! pic.twitter.com/vB02nJ4IGv

And this guy here felt it was all a prank!

Because you don’t talk about Farooq Sattar without mentioning Thakhur!

A marriage of inconvenience would have made sense but forced marriage?

This person too believed it was a marriage of sorts!

#FarooqSattar has said that he has 45 years political experience.

Does it mean, he was in politics since his pamper days?

Following cancellation of merger plans this is how people responded to the development.

This person felt it was a case of a failed marriage!

Married yesterday, got divorced today, I wonder if anyone has seen a short-lived marriage like this before even a political one.#FarooqSattar

It is complicated for sure!

The entire thing did sound like a joke to some, definitely!

So is the merger still on? To be fair the whole episode has been confusing, for sure!

The meme pretty much sums up the situation following MQM-P’s press conference.