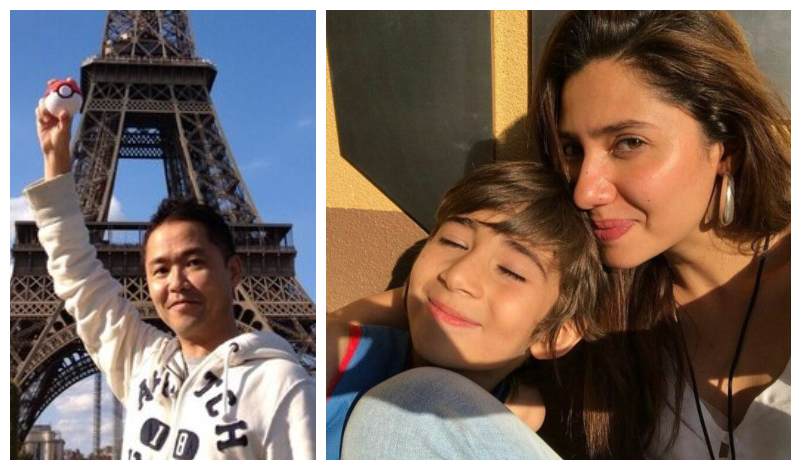 Mahira Khan recently sent out a tweet to Pokémon composer, director and producer, Junichi Masuda on her son’s behalf.

The actor tweeted to share her son’s animation of a Pokémon with Masuda.

Mahira Khan’s son, Azlan Askari, had spent his quarantine time to develop a character for Pokémon. He, along with his friend had made the design, the type and the evolution. He had also come up with a name for the animated character.

Azlan used his mom’s Twitter account to reach out to the director of the game. He requested him to put his Pokémon in the game and asked for his email for further contact.

And as is the case on Twitter, Mahira’s adorable tweet ended-up offending a – for lack of a better term – irrelevant troll.

“Can someone take internet access away from celebrities during quarantine?” wrote the troll.

Read: Mahira Khan Confesses to Being In Love On “Rewind At Home With Samina Peerzada” & Yes, It’s Big News!

Like any mom, the Superstar was in no mood to take the jibe on her son’s tweet in a stride.

Mahira Khan mentioned how her son spent the whole month making the animation and now wanted to contact Pokémon producer through Twitter to show him his work.

Of course, the troll eventually became the trolled and HOW!

Yes! For the love of God, YES! Can people stop being offended over everything under the sun?!

Read: People On Both Sides Of The Aurat March Divide Need To Back Off & Let Mahira Khan Be!

From where I see it, the tweet had all the right ingredients (i.e. Mahira Khan, Pokémon and motherly love) to make anyone who read it go, “AWWWWWWW!” Why and how it ended up offending someone is – OH SO – beyond me!