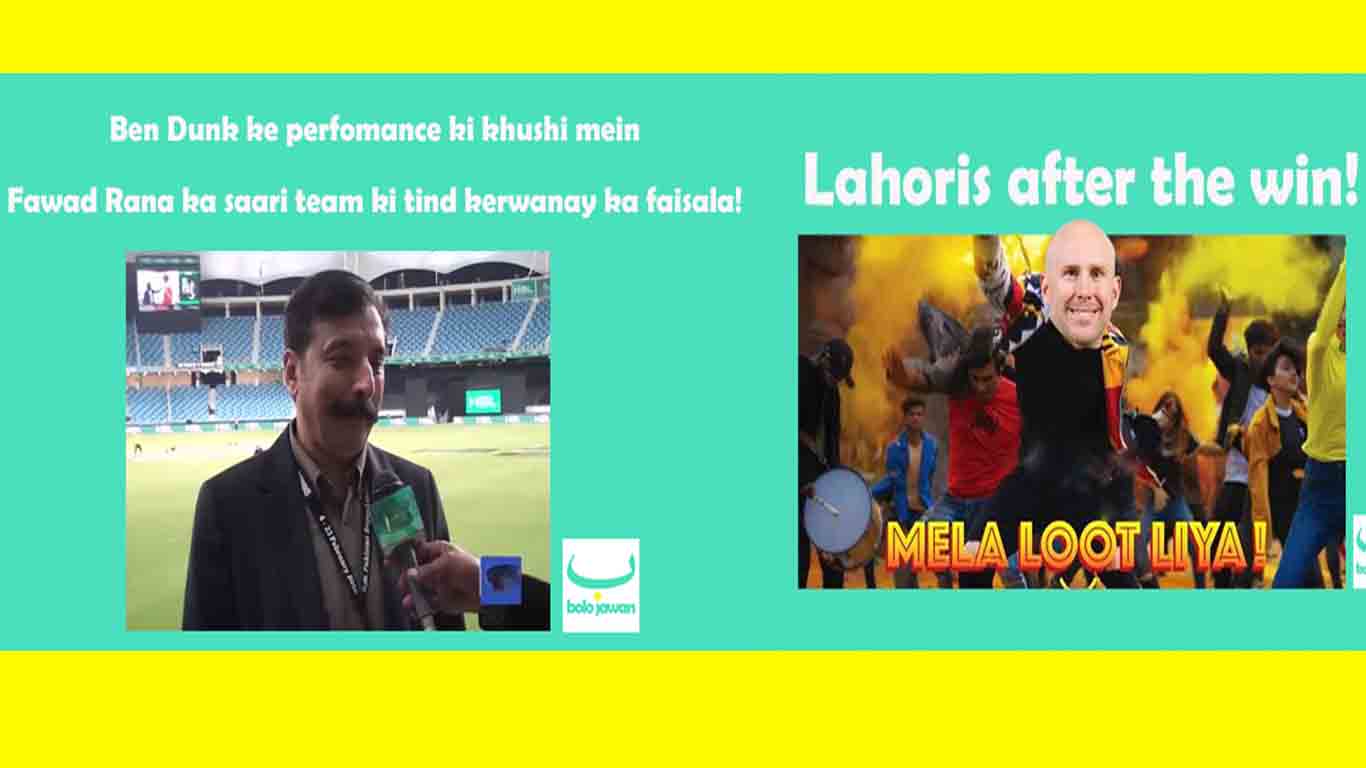 All the credit goes to Ben Dunk who rocked the stadium with ten sixes setting the record for the most sixes in a single innings of the Pakistan Super League (PSL) 2020.

And the memes that we have this time beat the ones that come after Lahore Qalandars loose!

1. Fawad Rana in all bhangra mood to celebrate the victory!

2. The perfect situation where Mela Loot Liya suits the best!

4. Hats down to Rana sahib who never gave up!

5. This is the moment what the jingle was referring to Ek billi moti tazi thi jo mazay sa Ding Dong khati thi…!

Read: If This Kid’s Tears Won’t Make Lahore Qalandars Win Then We Don’t Know What Will!

6. Well, keeping in mind the track record of Qalandars the doubts are always there!

8. There has to be a political reference.. always!

11. People are actually demanding to see the whole team like this for the rest of the season! 👇

Read: Why Kamran Akmal Or Sarfaraz Ahmed Are Likely To Replace Mohd. Rizwan In Pakistan’s T20 Squad After PSL 5

12. But Aqib Javed was still under attack.

Read: Here Is Why A Bad PSL 5 Can End The International Careers Of Mohd. Amir, Ahmed Shehzad And Sharjeel Khan

13. Literally every Lahori after winning the historical match!

14. Forget everything! The real question is 👇