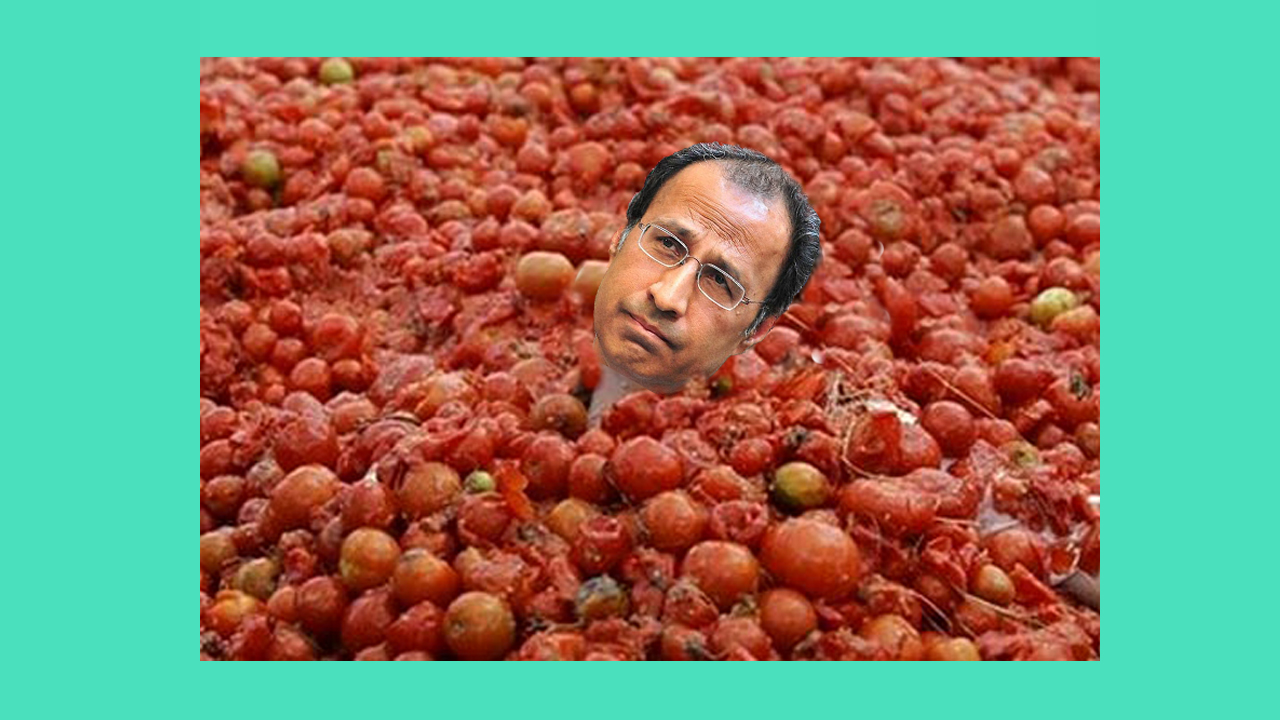 Ever since it was revealed by Finance Adviser to PM, Dr. Abdul Hafeez Sheikh, that tomatoes are now being sold for Rs 17/kg, I’ve been conducting an extensive search to find the reality-altering glass through which our beloved politicians look at this country. And after 5 days of non-stop grind, I’m thrilled to announce that my efforts have been fruitful for I have finally discovered the magic glass!

It’s now time to use it to see how the world looks when you see it through Hafeez Sheikh’s magical glass!

The year is 2019; it’s been just over a year since Pakistan Tehreek-e-Insaf became the ruling party in Pakistan. Filled with hope and promises, they took the reins of the country and I don’t think it will be an overstatement when I say that the government has delivered on all of its promises in record time.

Not only have they fulfilled all of their promises, the scientific and technological breakthroughs going on all around the country have taken the world by storm. Cars are flying around and airplanes are having a drift battle on the highways. Fawad Chaudhry has more eyes on him than a girl in a crop top in Raja Bazaar. USA, Russia and China are in a three-way battle over the signature of our heart throbbing minister but he’s adamant that he will not leave the country until he creates a helicopter that costs only 55 rupees per trip.

Read: Of Maulana Fazlur Rehman, Azadi March & The Prank He Pulled On Pakistan

The slogan of Pakistan People’s Party is “Roti Kapra aur Makan” but the government of PTI has done one better on PPP. They are providing roti, kapra, makan and Netflix. No more asking for passwords from your privileged friends, everyone now has their own 5 screens 4K quality accounts. Now all of us can enjoy our favorite shows while having a tomato salad.

State Bank has announced that from now on, there is no need to keep gold reserves, all the currency will now be backed up by chilghozay. This decision has sky rocketed the value of Pakistani Rupee, making us the strongest and the most powerful economy in the world. England has finally agreed to go ahead with Brexit and they are now joining SAARC with the sole objective to catch a whiff of our success and attain some form of inspiration from us.

At this point, the magic glass begins to shatter without warning and I’m rudely shoved back into a reality where Hafeez Sheikh continues to believe tomatoes are sold for Rs 17/kg.

All jokes aside, the Finance Adviser being so unaware of what’s happening in the market is irony at its peak.

After this distasteful gaffe, I, personally, only have one question for the Finance Adviser, “Whatcha smokin bro?”