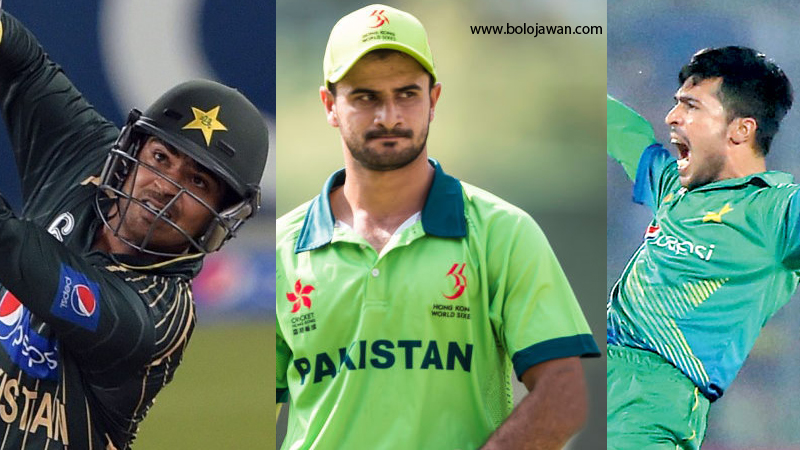 Pakistan Cricket team suffered a massive loss against Australia in the ongoing Zimbabwean tri-series in a format they are ranked number one. It is worth mentioning here that this is the first T20 defeat for the men in green following a winning streak of 8 games however, it is the listless manner in which they have lost the game that has made way for a lot of criticism back home; reason why there are certain changes Pakistan can make tomorrow against Zimbabwe!

The green shirts would now be looking forward to making the most of the game tomorrow against the hosts Zimbabwe so that they are better prepared when they meet the Aussie boys next on the 5th of July, 2018.

Whether Pakistan decides to show confidence in the existing playing 11 or whether they decide to come out with changes is yet to be seen. Still, here is a look at 3 possible changes that are likely to take place particularly, if Pakistan come out with a knee jerk reaction tomorrow.

1. Amir Ahead of Shinwari

Team decision to rotate players to allow them better rest permitted Usman Khan Shinwari to play both games involving Pakistan in the tri-series ahead of senior fast bowler M. Amir.

However, Pakistan it seems would want to play their best 11 from here onwards and hence, there is this big possibility of Amir playing all the remaining games in the tournament.

2. Haris Sohail Instead of Hussain Talat

Batting at number 3 Hussain Talat has failed to deliver in 4 consecutive games now. Moreover, Australian fast bowlers produced short pitch stuff to unsettle Pakistan’s top order the other day owing to which the green shirts might opt to play a proper batsman up the order.

If such a decision is made then in absence of Babar Azam Haris Sohail is likely to replace the struggling Hussain Talat.

3. Professor to be Replaced with Sahibzada

Making a comeback M. Hafeez aka Professor has failed completely with the bat in the first two games. Since he is a senior player Pakistan might give him another chance to get things right in the middle.

However, just in case Mickey decides not to go lenient then Sahibzada Farhan is likely to make his T20 international debut tomorrow.

Read: 4 Series Pakistan Needs To Win Before The ICC World Cup in 2019