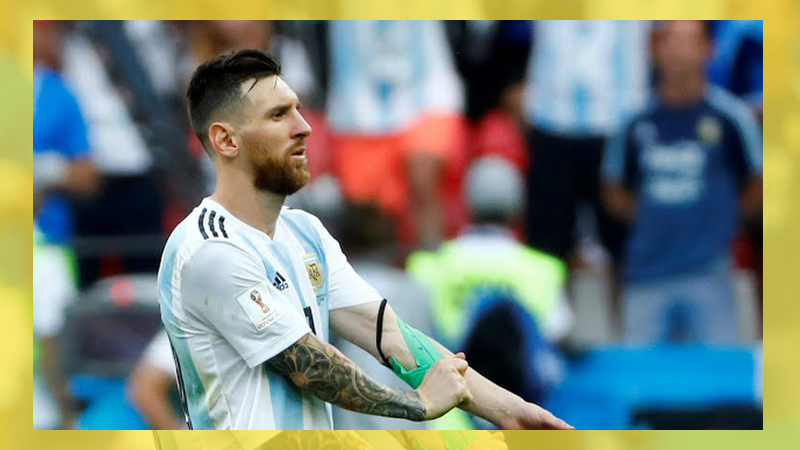 It’s been a while since the mega event of football is over. However, such was the grandeur of the tournament that we could not help but dedicate a throwback Thursday to the nail-biting experience. Here, we have compiled a list of best moments of the FIFA World Cup 2018 that will be cherished by the football fans for years to come.

Read: Highlights From The Grand Finale Of FIFA World Cup 2018

The big match between Spain and Portugal was set up on the 2nd day of the mega event and Cristiano Ronaldo stole the show with his charismatic performance. The Portuguese star converted a penalty, scored from open play and in the dying minutes delivered a spectacular free kick completing his hat-trick and earning his team a draw.

The very next day of Ronaldo’s scintillating performance, Messi and co were up against Iceland in their opening game. The game was bolted at 1-1 when in the 64th minute Argentina were awarded a penalty. Wittingly, Messi stepped up to avail the chance but he was denied by the Iceland’s goalkeeper and the game ended 1-1.

Read: How Things Unfolded At The FIFA World Cup 2018 Semi-Finals!

Argentina went neck to neck against Croatians which proved to be one of the most entertaining games of the World Cup. Pundits all over the world were in favor of Argentina, but the dark horses accentuated in great fashion and completely rattled Argentina with a convincing 3-0 victory. Excellent team work saw goals from Rebic, Modric and Rakitic. That was the point in the tournament when the world got the reason not to write off Croatia in this World Cup.

The Germans had to win against Sweden but they found themselves in deep waters when towards the end it was 1-1 and Germany was playing with 10 men. In the stoppage time Germany won a free kick and Toni Kroos scored with an inch perfect curler. The entire German nation jumped from their seats and Kroos became a national hero overnight.

5. Defending Champions Down & Out

Germany were defending their title in this World Cup and they had to face South Korea. Nothing less than a win would have done the job for them but the game remained goalless until South Korea scored twice in the stoppage time to kick Germany out of the World Cup 2018.

6. Messi & Ronaldo Bow Out On The Same Day

The first match day of round of 16 saw France vs Argentina where France beat Argentina 4-3 and Messi bowed out of the World Cup. Later that day, Portugal was humbled by Uruguay in a 2-1 defeat and Ronaldo also waved goodbye to the mega event.

The hosts, Russia faced the challenge of European powerhouse Spain in the pre-quarter finals. The game stood at 1-1 after extra time but on penalties, Russia dominated Spain. Missed penalties from Koke and Iago Aspas saw Spain crashing out of the World Cup at the hands of Russia.

Japan and Belgium were facing off each other in the round of 16. Japan was 2-0 up at the 52nd minute. But an excellent comeback saw Belgians leveling the game and in the very last minute an exhilarating counter attack from Belgium saved them from elimination.

England went head to head in the round of 16 clashes with Colombia. The match had to be decided on penalties and England had lost every single game on penalties since 1996 but Pickford’s heroics and Southgate’s tutelage forced Colombia out of the competition and ended English jinx of penalties after 22 years.

10. Brazil Bows Out Of The World Cup

Brazil and Belgium were drawn up against each other in the quarter finals. The hot favorites Brazil were in high spirits but Belgium went 2-0 after the half an hour mark. Renato’s goal was just a consolation for Brazil and Belgium managed to beat Brazil 2-1, knocking them out of the tournament.

On the final day of the mega event, the unbeaten French continued their run and vanquished Croatia 4-2 becoming World Champions for the second time in their history. An own goal from Mandzukic and goals from Griezmann, Pogba and Mbappe earned them the winners spot on the podium. This French team undoubtedly was the finest that came to Russia and deserved to be titled the World Champions.

Read: Here Is A Recap Of The Thrilling Knockout Round Of FIFA World Cup 2018!