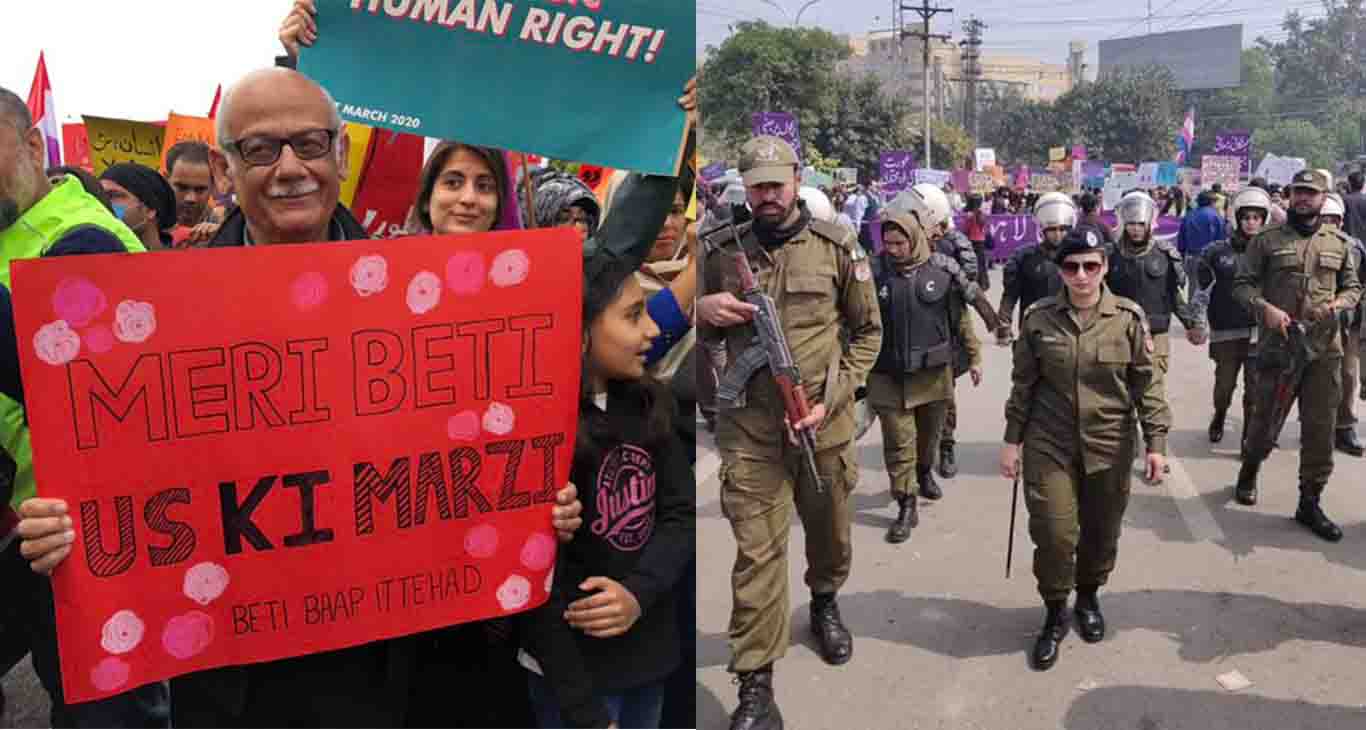 Let’s take a look at 42 pictures from Aurat March Pakistan this year that prove just how powerful this year’s march was!

This year’s highlight remained the parents who stood up for the rights of their daughters and marched right next to them!

Read: #WhyIMarch: Aurat March Is Just Over A Week Away & Patriarchy Is Already Offended

The posters at Aurat March 2020 kept up with past precedence to call out the “system” that’s gravely rigged against women and their basic human rights.

“Men of quality do not fear equality!”

Men showed up in huge numbers and marched right next to their counterparts raising their voices in support of Aurat March 2020.

There were scores of children present at the march hence breaking the myth that “activists” who support Aurat March would never dare bring their families to it!

Many placards had personal stories of struggle to tell…

Images of Superintendent of Police and (SP) Anti Riot Force, Aisha Butt leading the security for Aurat March in Lahore were among the most powerful visuals we saw coming out of the march this year.

Men formed a human chain to protect the participants of the march from anti-aurat march protesters.

Share your favorite visuals from Aurat March Pakistan in the comments below!