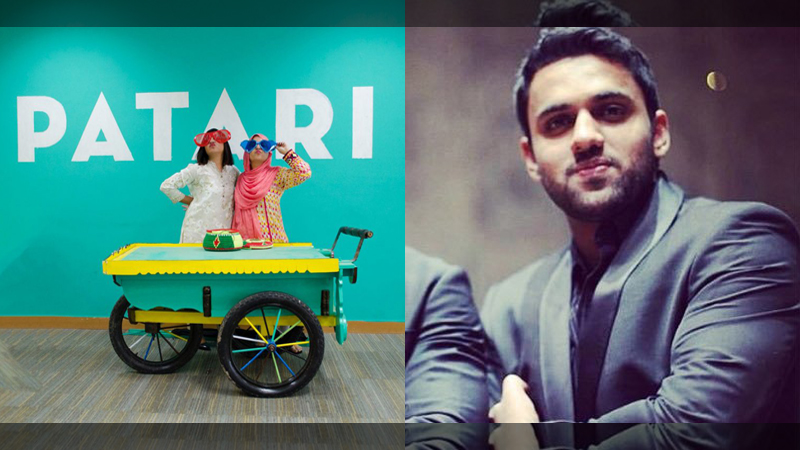 Hollywood has been undergoing a renaissance of sorts with #MeToo and #TimesUp movements taking the industry by storm. Pakistan, it seems triggered its own “Me Too” moment last evening when three women came out with accusations of sexual misconduct against Patari Music CEO, Khalid Bajwa.

The scandal took Twitter by storm forcing Patari and their hedge fund investor, Sarmayacar to issue strong worded statements against sexual harassment and propelling Bajwa to step down as the CEO. Ahmer Naqvi, COO at Patari and one of the loudest proponents of women rights on Pakistani Twitter has replaced the disgraced former CEO.

While such prompt action by Patari is a welcome step in the right direction, one needs to bear in mind that it is only the first step in a long journey that the music streaming service will have to take to redeem itself. It goes without saying that merely asking Bajwa to step down as the CEO is not enough. Patari must take a series of stern measures – in quick succession – to restore the confidence of its users and the brands that endorse it.

Read: Editor of Newsweek Pakistan, Fasih Ahmed Is Cracking Jokes About Rape And They’re NOT Funny!

At this point, with the scandal still unraveling, it would perhaps serve Patari best to take these 5 measures to sail its way out of the storm that Bajwa has dragged the entire organization into.

Disconnect with Khalid Bajwa in Entirety

True that Bajwa has stepped down as the CEO of Patari but being a co-founder he still has stakes in the organization. So, he might not be part of Patari Music’s day-to-day running but he will still have a role in strategic decision making.

For Patari to prove that it is truly serious to redress the issue of sexual harassment within its ranks, the streaming service needs to completely cut the cord with Khalid Bajwa. Anything less than this would not suffice as a good enough corrective measure.

Distance Itself from Any and Every Compromised Bad Egg

Khalid Bajwa is only one example of how sexual predators prey on young girls in work places. While he might be the only one within Patari who misused his position to demand sexual favours, the possibility of other accomplices cannot be ruled out.

Read: The Murderer of 7 Year Old Zainab Has Been Caught But What About The Hundreds Of Child Rapists Still At Large?

Thus, rather than waiting for more women to come out against other team members, as an organization, Patari must do away with any and every individual – irrespective of whether they are men or women – who have been complacent in the knowledge of Bajwa’s indiscretions or those who have directly been involved in sexual misconduct themselves.

The hedge fund investor, Sarmayacar in its statement shared that an investigation had been launched into the accusations against Khalid Bajwa. However, this is not enough. A 360 degree investigation needs to be launched across the organization to identify facilitators and other potential harassers.

However, for such an investigation to reap fruit it is important that the panel includes representatives from organizations other than Patari Music. The fact finding team should be led by a woman and must include representatives from the civil society, media and the lawyers’ community.

Read: Zainab, Politics, Media And Us

This would lend credibility to not just Patari but also ensure that the investigation is not derailed by those who might know Bajwa personally and might have a soft corner for him.

Encourage Team Members to Lodge Complaints with the Assurance of Anonymity

Going by the crass nature of the conversations that Khalid Bajwa initiated with the women who came out against him, it is virtually impossible to assume that those three were the only ones harassed.

Accordingly, Patari team members – especially women – ought to be encouraged to come forward with evidence against Bajwa or others within the organization who made unwelcome advances towards them.

Read: 7 Year Old Zainab And Our Misguided Sense Of Rage

Every woman (or man for that matter) might not want their identities made public. Thus, it is paramount to ensure that the identities of those who come out will be protected and they will not be victimized. This is the least that Patari and Sarmayacar can do to prove their commitment to rooting out the culture of sexual intimidation in the organization that they jointly run.

Since the scandal broke out last evening, Patari staff members have completely distanced themselves from social media. This makes sense given that the team requires a collective strategy before individually making any statements.

However, this cannot pass by as a long-term solution. I say this because while it is true that the dust will eventually settle and people will move on, but make no mistake, they will always recall Patari as a brand that enabled sexual exploitation.

If Patari truly wants to survive as an entity and retain the goodwill of its listeners, its top management will have to answer some hard questions.

For instance, a conversation between Khalid Bajwa and Patari’s Human Resource focal point is going viral where the latter makes a reference to Bajwa’s foot fetish. This rightfully brings to mind the concern that perhaps people within Patari (including the HR Department) were well aware of their CEO’s sexual misconduct but failed to take any action. This then puts a huge question mark on the integrity and ethical values of the entire organization.

I can understand the reluctance in answering tough questions but not answering them will do more damage than facing the music head on.

The scandal might seem like a calamity to team Patari right now. However, if dealt with responsibly it can become an opportunity for the organization to not merely redeem its integrity but also come out stronger and more respected than ever before. On the flip side if Patari, Sarmayacar and their respective top tier administrators do not take these measures, there is little reason to trust their investigation or their commitment to ending workplace harassment.