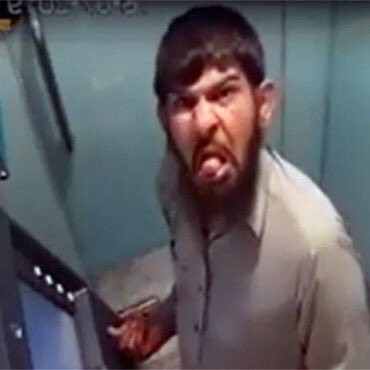 The robbery actually took place last month but the police identified the thief as Salahuddin Ayubi after the video went viral.

The incident occurred in Rahim Yar Khan. A man inserted his ATM but the machine captured it and he was not able to withdraw money. In the CCTV footage it can be seen that he waited for the card to be ejected but when it did not, he went outside.

Meanwhile, a thief came in and opened the ATM and took the card. He withdrew around 60-64k. Ayubi looked fearless as he did not cover his face.. He even made funny faces while looking directly at the camera.

The Punjab police arrested him and the video of Ayubi being interrogated also surfaced.

The police asked, “Where did you learn those tricks?”

Ayubi replied, “Where do police learn to kill?”

People turned to social media to express their sentiments regarding this heart wrenching incident.

The police claimed that he died due to heart attack. His body has been sent for postmortem.