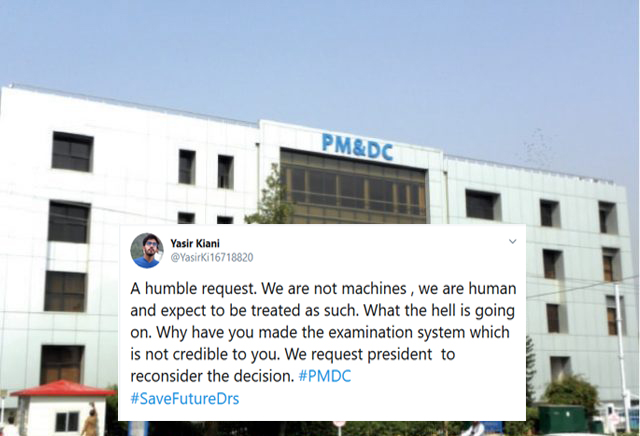 The ‘Pakistan Medical Commission Ordinance, 2019’ introduced by the President to dissolve PMDC says that it is to improve the standard of medical education in the country.

Under section 19 of the ordinance, students of Bachelor of Medicine and Bachelor of Surgery (MBBS) and Bachelor of Dental Surgery (BDS) graduating after March 2020 will have to clear the National licensing Exam (NLE) to start practice.

Before that, only foreign students had to give the exam.

A uniform standard of medical education and training will be introduced under PMC.

The new medical commission is expected to start operations within a week. Ministry of National Health Services (NHS) took the possession of the PMDC building and terminated 220 employees.

The controversy emerged because of the autonomy given by this ordinance to private medical colleges.

The admission in a private college would be in accordance with the criteria of that college and not according to the policy of provincial governments. The private colleges can also take any additional entry tests or impose any other conditions.

PML-N spokesperson Maryam Aurangzeb criticized the ordinance, saying that her party had rejected it.

The general secretary of the Pakistan Medical Association, Lahore, Dr Shahid Malik, said that the new ordinance would destroy medical institutions of the country.

Medical students and doctors took to Twitter to criticize this move by PTI government and termed the NLE exam as an additional burden.