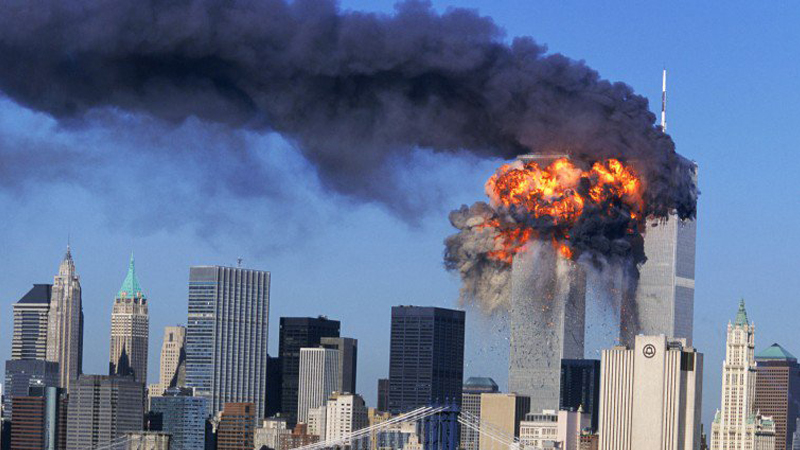 I was in my late teenage when 9/11 happened. While watching the news on television one of my relatives asked me, “What do you think will happen next?”

I replied with an oblivious, “Nothing.”

Quite obviously I was a naive teenager who could have never imagined how an incident so far away was going to shape the destiny of his country and his people.

With a very heavy heart I recount the most conspicuously awful ways in which Pakistan and its citizens have been affected following the wretched events of that September morning 16 years ago.

Also Read: BRICS Summit Declaration and its Implications for Pakistan

Once known as the land of doctors and engineers, post 9/11 the world was quick to dub Pakistan as a dangerous place. Soon cultural and sporting activities in the country almost ended and security blockades were visible everywhere in my once peaceful Islamabad.

The stereotype of every Pakistani citizen being an extremist emerged owing to which thousands of citizens from the country going or living abroad continue to lead a life filled with all sorts of unwanted insecurities. The incident thus, resulted in ruining the image of the country and that of its people for no fault of theirs.

Suicide Attacks and the Age of Terror

Within months after 9/11 incidents of violence and suicide attacks quickly became a norm across the country. It was only then that as a young Pakistani I truly began to grasp the gravity of the calamity that had befallen my country.

Also Read: Important Actions YOU Can Take to End the Genocide of Rohingya Muslims

What depresses me most however, is the fact that even after losing thousands of innocent and precious lives during the war on terror Pakistan is still not out of the woods. The sacrifices of the common citizens, law enforcement personnel and the armed forces are somehow not “sufficient” this far to bring an end to the depressing chapter that began following the collapse of the twin towers.

Both the sitting government and different international actors supported the organizations that were fighting in Afghanistan to liberate the country from Soviet invasion. Ordinary Pakistanis thus, believed in what was being propagated to them during the 1970’s and 1980’s by their own leaders and those from other parts of the world.

The developments that followed ever since that fateful September morning 16 years ago however, challenged the world-view of common men and women in the country.

The sudden foreign policy shift of supporting the world to get hold of militant organizations in Afghanistan left Pakistanis confused. Proponents and opponents quickly chose sides and the country became deeply divided on ideological grounds.

To date there are many who wonder if they were lied to by their own leaders for over two decades or if they are being lied to by the regimes who have managed the country post 9/11.

With little or no idea of what to expect and whom to believe Pakistan today suffers from polarization and mistrust. This perhaps is the worst of all things to have happened to the country as the phenomenon goes on to destabilize the unity of the masses living within the state every passing day.

Almost two decades after the tragedy that struck the United States, Pakistan continues to bury its loved ones while putting up a resilient face. If I were granted one prayer that would be answered immediately, I would pray for peace to return to my beloved land and for the age of terror to become a chapter of the past.

May every soul be safe! May peace prevail!